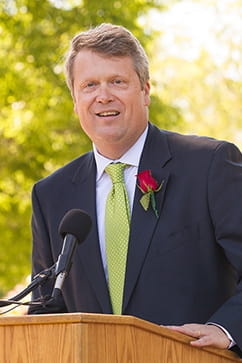 Head of School
Craig Sellers began his career in education in 1994 at Friends Seminary in New York where he served as its Director of Development and a member of the faculty. He went on to serve as Head of School at United Friends School, a Quaker school for students in nursery through grade 8, from 2000-2007 before becoming Head of The Derryfield School, a 380-student day school for grades 6 through 12 in Manchester, N.H., in 2007.

A member of the Society of Friends, Craig is a graduate of The Lawrenceville School and holds a B.A. in English and government from Franklin & Marshall College. He also received a J.D. from the New York Law School and an M.A. in educational administration from the Klingenstein Center at Teachers College, Columbia University. He and his wife, Cary, are the parents of two FCS graduates. Follow Craig on Twitter @fcscns, or check out the podcast This Book Changed My Life, where Craig talks with FCS alums working at FCS about a particular book that had a powerful influence on their life. 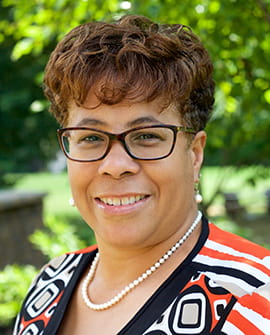 Beth has held a number of leadership positions at Friends' Central - most recently as Upper School Co-Principal, Dean of Students for eight years. For the past several years, Beth was the Director of Upper and Middle School Admission at The William Penn Charter School. In July 2018, we were thrilled to welcome her back to Friends' Central as Upper School Principal. 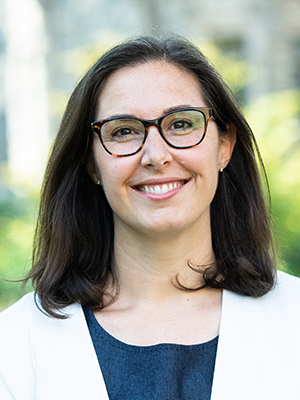 Middle School Principal and Assistant Head of School for Program & Instruction
Alexa has been the principal of Friends’ Central’s Middle School since 2012 and a member of the Middle School administrative team since 2008. Before becoming principal, Alexa spent ten years as a teacher of Language Arts and Writers’ Workshop, an advisor, and coach at FCS. Alexa holds a Master’s degree in English from Middlebury College and a Master’s in School Leadership from the University of Pennsylvania. She is also a graduate of Friends’ Central, Class of 1998, and the parent of two Lower School students. 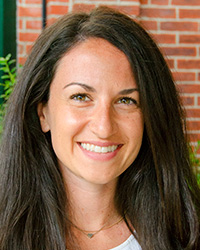 Lower School Principal
Melody joined Friends' Central in July 2017 as Assistant Principal before becoming Lower School Principal in July 2019. Previously, she served as Dean of Lower School and Director of Student Support Services at Greene Street Friends School. Melody has a BA in Elementary and Special Education from Saint Joseph's University and a Master's in School Counseling Psychology from Boston College. She received a certificate from the New and Aspiring School Leadership Institute at Harvard University. Melody is also the Founding Executive Director of Horizons, a six-week summer program, the first Philadelphia-based affiliate of this national program that supports underserved youth ages kindergarten - grade 8.