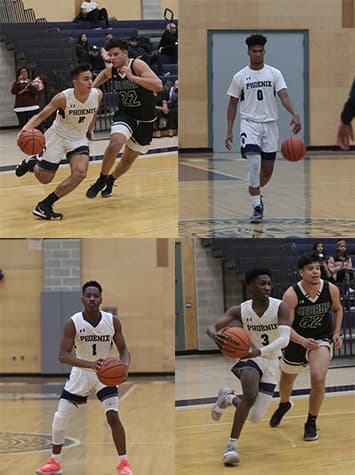 Long a powerhouse in the Friends’ Schools League, Phoenix boys’ basketball alums have gone on to play at the highest level of hoops. Hakim Warrick ‘01, Mustafa Shakur ‘03, Amile Jefferson ‘12 and DeAndre Hunter ‘16 all made it to the NBA after standout careers at FCS took them first to play at some of the best college hoops programs in the country –– Syracuse, Arizona, Duke, and Virginia, respectively –– where all but Shakur won a national championship. The Phoenix are currently led by FCS ‘02 alum Jason Polykoff, who came back to the school in 2019 after college coaching stints as an assistant at Penn (2012-14) and head coach at Earlham (Ind.) (2014-2019); he was previously the Friends’ Central head coach from 2007-12, winning two Friends’ Schools League championships and four straight PAISAA trophies (2009-12) along the way.