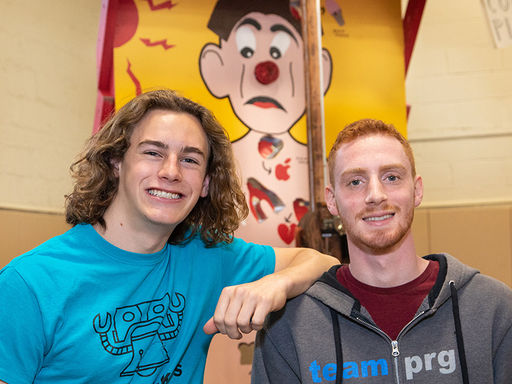 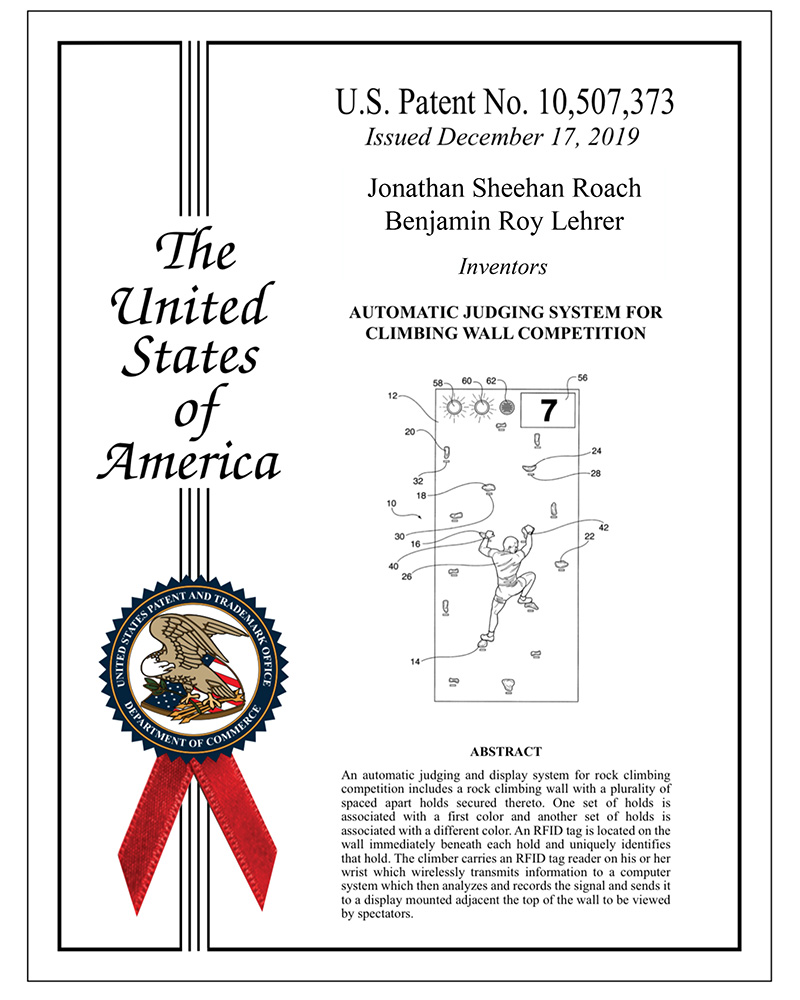 For over five years, Friends' Central seniors Ben Lehrer and Jonathan Roach have been working and making together, creating show-stopping projects for their school and greater community, including the World Maker Faire and Philadelphia Maker Faire. One of those projects has now resulted in a patent, which they have recently licensed.

After earning Best in Class and Editor’s Choice awards at the 2017 World Maker Faire for their indoor rock climbing technology, RFiClimb, Ben and Jonathan have gone on to patent their technology and license it to Climbalytics. Ben and Jonathan explained that the RFiClimb is “an RFID (radio frequency identification)-powered tracking system for rock climbing training and competition. We are excited to license our patented design to Climbalytics, a company making a similar product.”

Initially connecting in sixth grade at FCS over a shared passion for building, electronics, coding, and math, Ben and Jonathan have been working together on projects both in and out of school ever since. The two talented seniors continue to outdo themselves year after year, from their first collaborative project, a driving simulator where players drove an RC car by steering a cardboard wheel (using only cardboard and electronics!), which they created in Middle School, to their first Maker Faire project, an Arduino saxophone, to their latest robotic project, Sergio, a nine-foot interactive game of Operation, which they unveiled at the Philadelphia Mini Maker Faire in October. Ben and Jonathan described Sergio as a “nine-foot-tall project inspired by the Hasbro game ‘Operation’ but modernized with an electronic 3-axis CNC-style arm to give it a remote surgery twist! Controlling the arm with the arcade-style control unit, which features a live close-up video feed, players can attempt to remove game pieces with an electromagnet while avoiding the metal edges.”

After four years of attending and presenting projects at Maker Faires, Ben and Jonathan shared what they have enjoyed most about their experiences. Ben says that he likes “seeing kids’ faces light up as they realized that we made what they were looking at. Not only did this inspire us to continue creating, but it excited them to begin their journey in the Maker Movement.” For Jonathan, his favorite part of the Maker Faire was “when other makers, complete strangers, suddenly dropped everything to help us fix the bugs we encountered when setting up and when we were able to help others. The Fairs are always a testament to the power of collaboration in the maker movement.”

When asked what inspires them to continue to make these outstanding projects, Ben and Jonathan said, “We share a strong love of problem-solving. Fundamentally, making is simply a string of problems that when solved, produce an item. In this way, it’s not really about the end product, it’s about the journey we take to get there.”