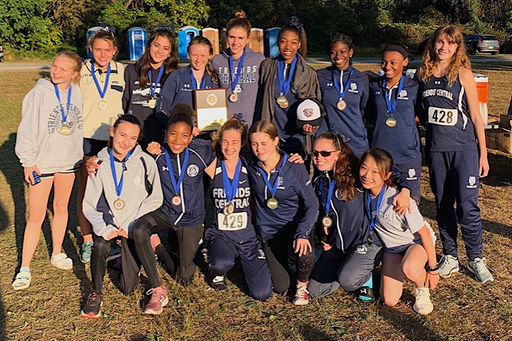 The Friends' Central cross country squads went into the Friends School League championships on Oct. 15 with high hopes of a strong showing by both the girls' and boys' sides.

What they got was that –– and a piece of school history along the way. 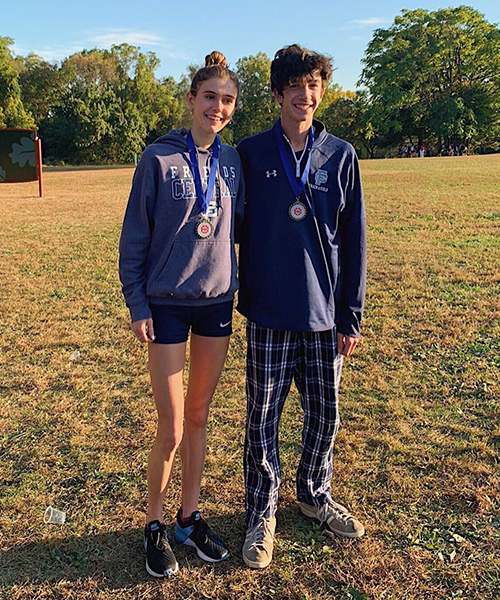 Less than a half-hour after Phoenix senior Lydia Russell won the girls' title, junior Diego Spielman-Rodriguez captured the boys race, becoming the first-ever Friends' Central duo to win the league cross-country title in the same year. No other FSL team had accomplished the feat since 2012.

That Russell, who's committed to run at Oregon next fall, captured the girls' race was no surprise; she finished at 19:01.18 after facing stiff competition from Germantown Friends sophomore Annika Marcelis (19:15.84). But the boys' race was wide-open, and though it was Spielman-Rodriguez's first season of running cross-country, he knew the title was within his grasp.

He was in third place during the second and final climb up the course's famous Flagpole Hill, only just a couple strides out of first, but came down the hill and finished stronger than the rest of the pack, his 16:40.73 time a little under eight seconds ahead of second place.

"I wanted to be right with the two other kids, and then when I got to the top of Flagpole, I felt like, I think I've got this," Spielman-Rodriguez said afterwards. "At the top of Flagpole...I was sticking with the kid and I knew I had a lot left in reserve to kick."

"Diego ran that strategically perfect," boys' cross-country coach Daniel 'DJ' Johnson said. "I knew with his track speed that he'd be able to outkick the Westtown guy...if he maintained the right amount of distance, which he did, and then he kicked at the right time, he didn't leave it until too late."

Not bad for a runner who only joined the cross-country team for the first time this fall, after starring as a one-mile runner for the track team in the spring.

Unlike the girls, who ran the course during the Briarwood Invitation in September, this was the first race at the Belmont Plateau this season for the FCS boys, who've been improving each year in Johnson's three seasons at the helm.

Russell shared, "Although I am really happy to have won FSL's individually, for me that race is entirely about the team; I would have been happy finishing in any place as long as our team achieved our goal of winning. I think our win this year is a testament to the strength of our team, as well as all the hard work we've put in this season. We are a really hardworking group, and I see a lot of potential for the team, especially in the younger and newer runners. I'm sad that this was my last FSL's, but I'm so proud of what we've accomplished. I can't wait to hear what big things are going to happen next year!" 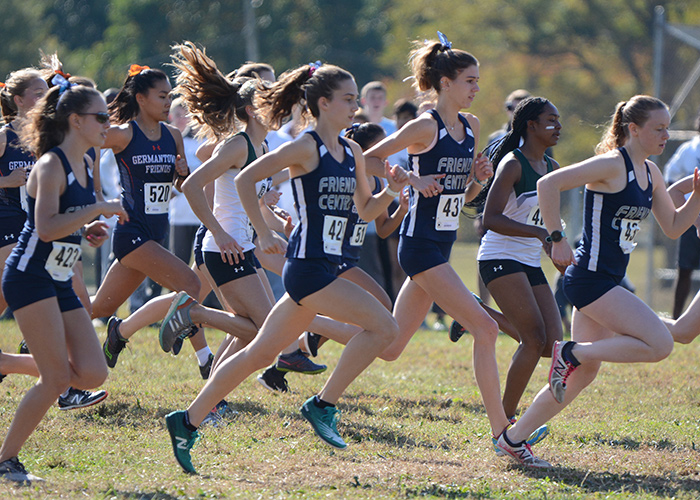 It was the fifth straight league championship title for the Phoenix girls, who've become a force to be reckoned with under head coach Venetia Ricketts. But despite the overwhelming finish, there's no denying the pressure that comes with being four-time defending champions.

"I think there was definitely some pressure for us to try to win once again, but I was really confident in our team this year," said Wusinich, who captured the individual girls' title a year ago. "It was just really exciting to be able for my final year in high school, for us to come together as a team and win again. I feel so lucky that every day I get to practice with such amazing girls, and it's so satisfying that our hard work paid off."

Like her classmate, Wusinich will be running at the next level; she mentioned Cornell and the United States Military Academy at West Point as two Division I programs recruiting her. Before that, she and the rest of the FCS cross-country squad will have one more shot at the Plateau, running in the Pennsylvania Independent School Athletic Association (PAISAA) championships.

Also finishing well for Friends' Central on Tuesday was sophomore Ella Sharon, who came in 2nd in the girls' JV race, while freshmen Sadie Forman (6th) and Colleen Crowley (7th) also finished on the podium. For the boys, freshman Jace Anderson came in 5th in the junior varsity race.

Adapted from the story written by Josh Verlin that appeared in the October 18 issue of Main Line Media News. Click here to read the full original story.

Click here to read more about the PAISAA Championship race.