In fall and early winter 2018, Friends' Central's campuses were abuzz with activity, including award-winning moments for our students, important sustainability achievements, athletic and academic successes, outstanding theater productions, orchestral and choral performances celebrating the holiday season, and inspiring guest speakers. See below for a few highlights! 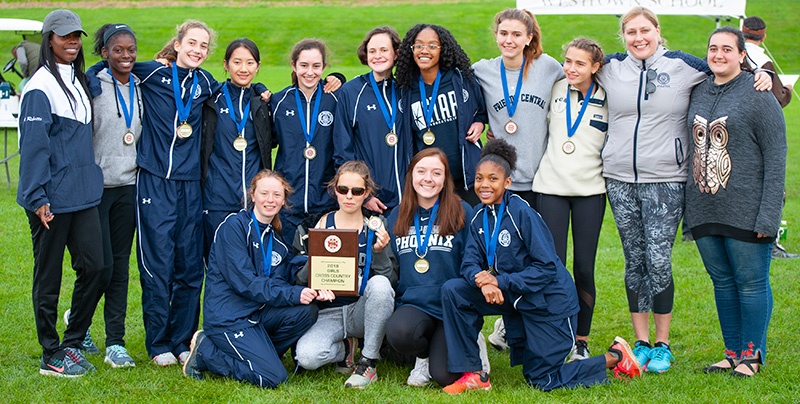 Congratulations to the girls' cross country team, who, in October, came in first place to win the Friends School League Championships at Westtown for the fourth straight year! Rebecca Wusinich '20 came in first place at 18 minutes, 32 seconds. Teammate Micah Trusty '22 clocked in at 18:49.48 for second place. (Photo above by Greg Wilkinson). 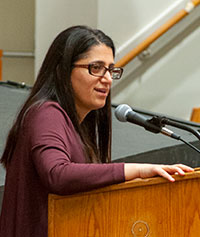 On October 30, Friends' Central hosted pediatrician, professor, and noted public health advocate Dr. Mona Hanna-Attisha, whose research exposed the Flint water crisis. Dr. Hanna-Attisha, Friends' Central's inaugural Distinguished Justice Leader, is the author of What the Eyes Don't See: A Story of Crisis, Resistance, and Hope in an American City. During her visit to Friends' Central, Dr. Mona, as she is known, met with groups of Lower, Middle, and Upper School students during the day and spoke to a packed crowd of Friends' Central families and greater community members in the evening. Read more.

In November, Friends’ Central School’s Dining Hall was named a 3-Star Certified Green Restaurant® by the Green Restaurant Association, a national non-profit dedicated to making restaurants and other dining facilities more sustainable. The Dining Hall, located in the newly renovated Shallcross Hall on Friends’ Central’s City Avenue campus, was recognized for its sustainability efforts in food offerings, energy and water efficiency, reduced waste efforts, and chemical and pollution reduction. Friends’ Central is one of only three schools that have been similarly certified in the State of Pennsylvania. Read more.

Athletes Commit to Play in College

Seven seniors have committed to play at the following colleges next fall: 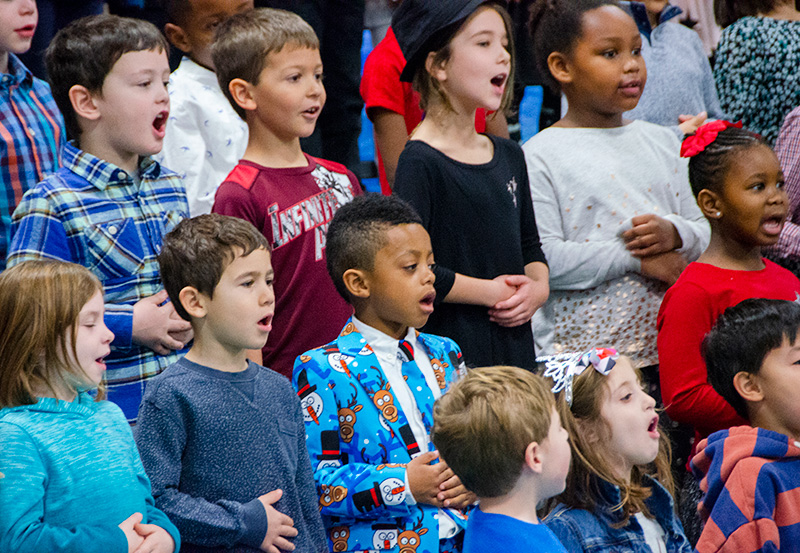 What a great start to the holiday season with many fantastic concerts: the Grades 3-5 Winter Program, the K-Grade 2 Winter Showcase (pictured above), and the Middle and Upper School Winter Instrumental and Choral concerts!

Click here for more photos from all the holiday concerts.

Congrats to the Upper School students who received an award for being Varsity semi-finalists at the recent southern New Jersey history bee. The team included Co-captains seniors Ben Klein and Sara Bergmann with two junior teammates Marielle Buxbaum and Ryan Jokelson. The team qualified to compete in the National history Bee to be held in Arlington, VA, in April.

For the second year in a row, the talented team of Benjamin Lehrer '20 and Jonathan Roach '20 triumphed at the World Maker Faire in NYC. This year, they showcased their latest invention, "Marvin", a giant AI-powered Connect Four game. Designed, built, and programmed by Benjamin and Jonathan, Marvin has optical sensors above each column to keep track of player pieces and a motorized system allowing the AI to place its own pieces. "Marvin" took first place at the Maker Faire! Read more in the Make: newsletter.

Marvin also made an appearance at this year's Lower School Pumpkin Fair, where attendees were thrilled to have a chance to play a giant game of Connect Four against the AI machine! 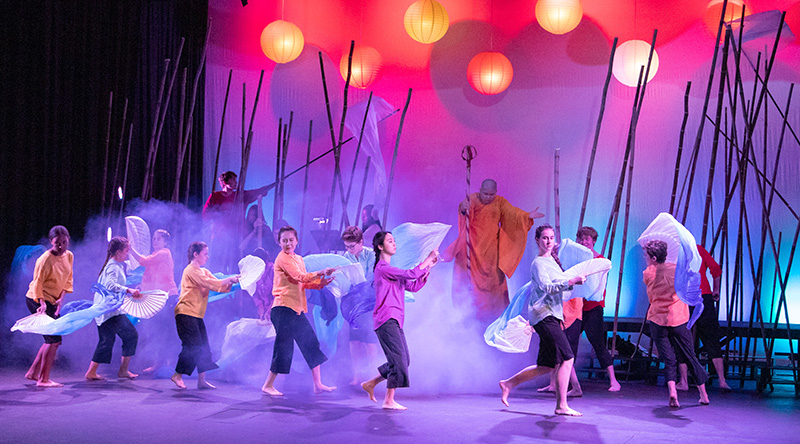 The Upper School's visually sumptuous play, The White Snake, in October represented yet another triumph for the drama department! Click here for photos, and click here for a recording of the performance. 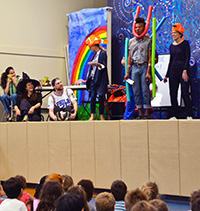 This fall, the Lower School took on the theme of water, studying water safety and access, creating beautiful pieces of artwork inspired by the theme, and engaging in many other projects related to water across the curriculum.

Lower School students were thrilled with the annual faculty play this fall, a long-standing and much-loved tradition. Faculty and staff put on an original production (pictured above, at right) based on the theme of water. 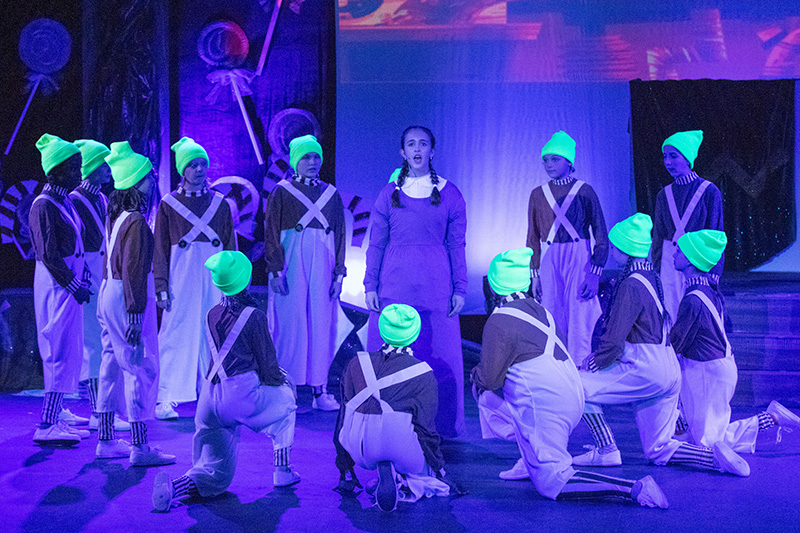 Middle School students put on a fantastic and entertaining performance of the play Willy Wonka, Jr. this fall (above). Click here for more photos. Click here to watch the play itself!

Friends' Central Squash Program on the Rise with New Coaches!

Shane Coleman, formerly the General Manager of The Cynwyd Club, has joined FCS as the new Varsity squash coach. Gina Stoker, another a Cynwyd Club pro, is also working with the FCS squash team.

Crowley said, “Having Shane Coleman and Gina Stoker, along with the other squash pros at Cynwyd Club along with our current coach Wes Spahr taking over the FCS squash program is going to make a huge difference from both the participation and the training standpoint. In addition to expanding the interest of the sport amongst our students, it will allow for more opportunities for players to develop and take their game to the next level."

FCS Alumni/ae Board members joined the Upper School Service Committee students to host Angel Tree families. This was just one of a number of service projects our students and community members participated in this year. From Lower Schoolers making close to 200 soup jars for the Media Food Bank to Middle School students decorating gingerbread houses with Easter Seals community members to the Upper School raising over $3400 in pie sales benefitting MANNA, the importance of year-round service is at the core of a Friends' Central education.