In fall and early winter 2019, Friends' Central's campuses were abuzz with activity, including award-winning moments for our students, athletic and academic successes, outstanding theater productions, orchestral and choral performances, the launch of our new strategic plan, and inspiring guest speakers. See below for a few highlights! 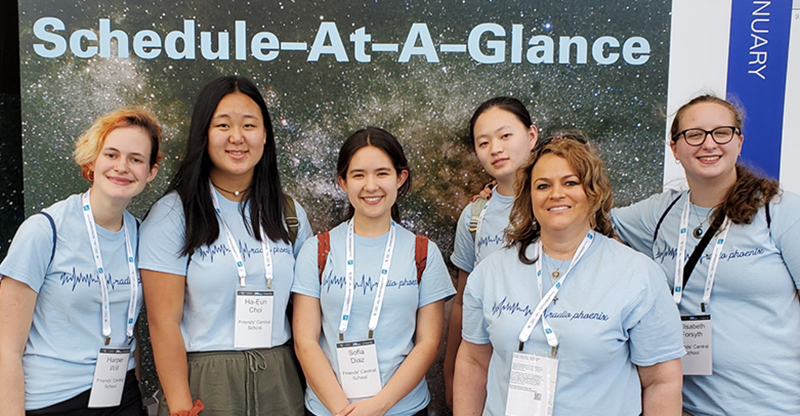 A team of Friends’ Central School students was selected by the Pulsar Search Collaboratory to present at the American Astronomical Society (AAS) Meeting in Hawai’i this January! Read more.

Pictured above at the conference with faculty advisor Debbie Skapik are (from left) Harper Will '21, Ha-Eun Choi '21, Sofia Diaz '20, Alex Wang '20, and Elisabeth Forsyth '20. 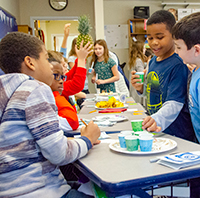 The Lower School hallways are filled with exhibits of this year’s Fall Project -- Journeys -- and as always, our teaching community has gone above and beyond to make learning come alive for all of our students in Nursery-grade 5. Highlights include KA’s journey to the Elmwood Park Zoo to begin their study of The Giraffe That Walked to Paris, KB marking their journey to the Amazon Rainforest via FCS Airlines with a surprise travel simulation complete with boarding passes and passports, 4A’s exploration of the ancient Hindu epic the Ramayana as it was carried by the spice traders to Indonesia, and grade 5’s Brazilian Market (pictured above right) as part of their study of the Amazon.

Dr. Steven Larson, Co-Founder and Executive Director of Puentes de Salud, a non-profit organization that promotes the health and wellness of Philadelphia’s rapidly growing Latinx immigrant population featured in the HBO Documentary Clinica de Migrantes, spoke to the community on October 29. He spent some time with Lower School students (pictured above) before coming to the City Avenue campus in the evening for a screening of the powerful documentary and a discussion of his life and work. Dr. Larson is the Assistant Dean of Students and an Associate Professor in the Department of Emergency Medicine at the Hospital of the University of Pennsylvania. 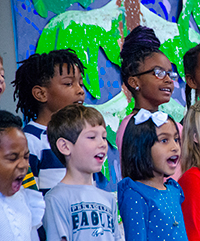 The holiday season was off to a great start with many fantastic concerts: the Grades 3-5 Winter Program, the K-Grade 2 Winter Showcase (pictured at left), and the Middle and Upper School Winter concerts!

Click here for more photos from all of the holiday concerts. 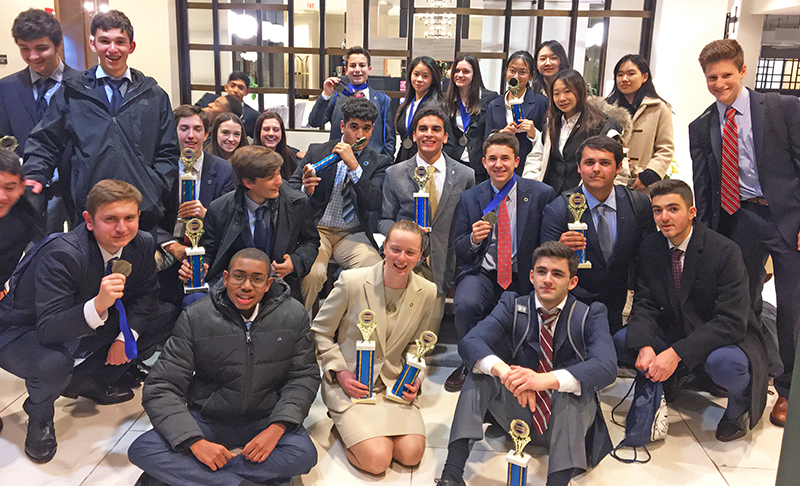 Twenty-seven FCS students took part in the DECA District level competition in December, and 17 came out with awards! Congrats to all! Click here for a list of award recipients. 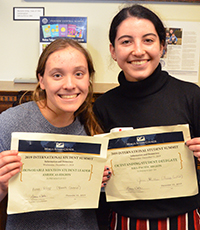 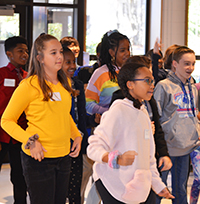 This fall, the eighth grade headed to Washington, D.C., for their annual three-day trip. As part of their visit, the students received a hands-on introduction to lobbying Congress.

Students took part in additional leadership opportunities this fall, with an interscholastic diversity conference held at the Middle School in November. The conference, Different Voices, Same Vision: Seek Your Truth, Work For Change, provided a unique experience for Middle School students to engage with others about issues of equity and social justice. The conference included 16 schools and 128 additional students. There were also workshops for 23 additional teachers. Our students were able to engage with public, private, and parochial school students in ways that expanded their perspectives and offered greater opportunity to learn from others. 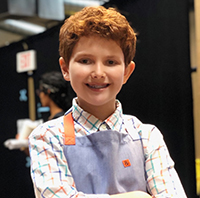 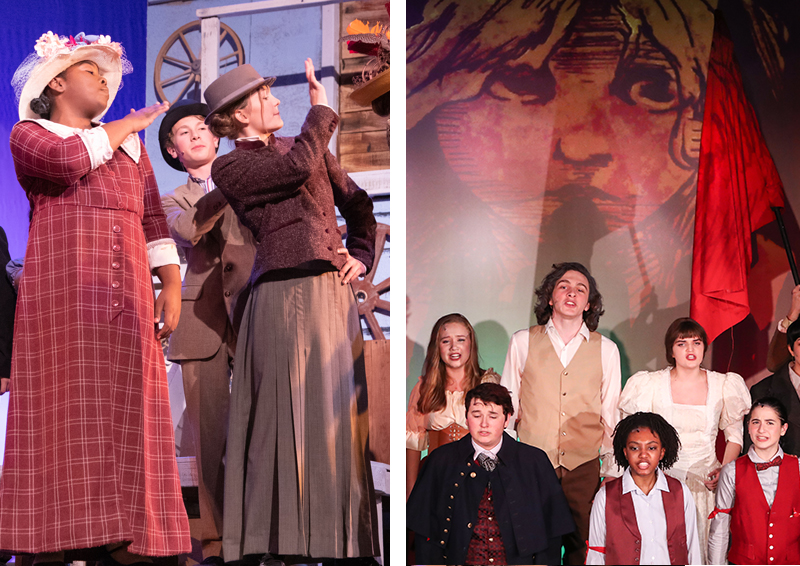 This fall, there were outstanding drama productions by the Upper School, who put on the musical Les Misérables (above right) and the Middle School, with their Music Man, Jr. production (above left). Click here for more photos of both performances

Friends' Central Seniors on a Roll in the Maker/Tech World

For over five years, Friends' Central seniors Ben Lehrer and Jonathan Roach have been working and making together, creating show-stopping projects for their school and greater community, including the World Maker Faire and Philadelphia Maker Faire. One of those projects has now resulted in a patent, which they have recently licensed. Read more. 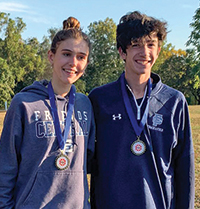 Athletes of the Week

Ryan Lynch '21 was named Main Line Athlete of the Week for the week of October 3, 2019. Lynch, who was a 1st team All-FSL selection as a center mid last year, was moved to center back this season, leading the Phoenix defense in several key early-season victories. Read more.

Varsity Field Hockey player Lindsey Schweitzer ' 20 was named Student-Athlete of the Week by Philadelphia Field Hockey during the week of September 6, 2019. Lindsey was also named MVP during the 2018 season.

Ed Holland '21 was selected as Main Line Boys’ Athlete of the Week for the week of  January 12, 2020. As a sophomore guard last winter, he led Friends’ Central in scoring (14 ppg) and averaged 6.5 rebounds per game en route to receiving All-Friends Schools League honors. Read more.

Friends' Central was thrilled to introduce the community to Plan 175, our new strategic plan, named to honor our approaching anniversary and our tradition of providing an extraordinary education since 1845. Read more.